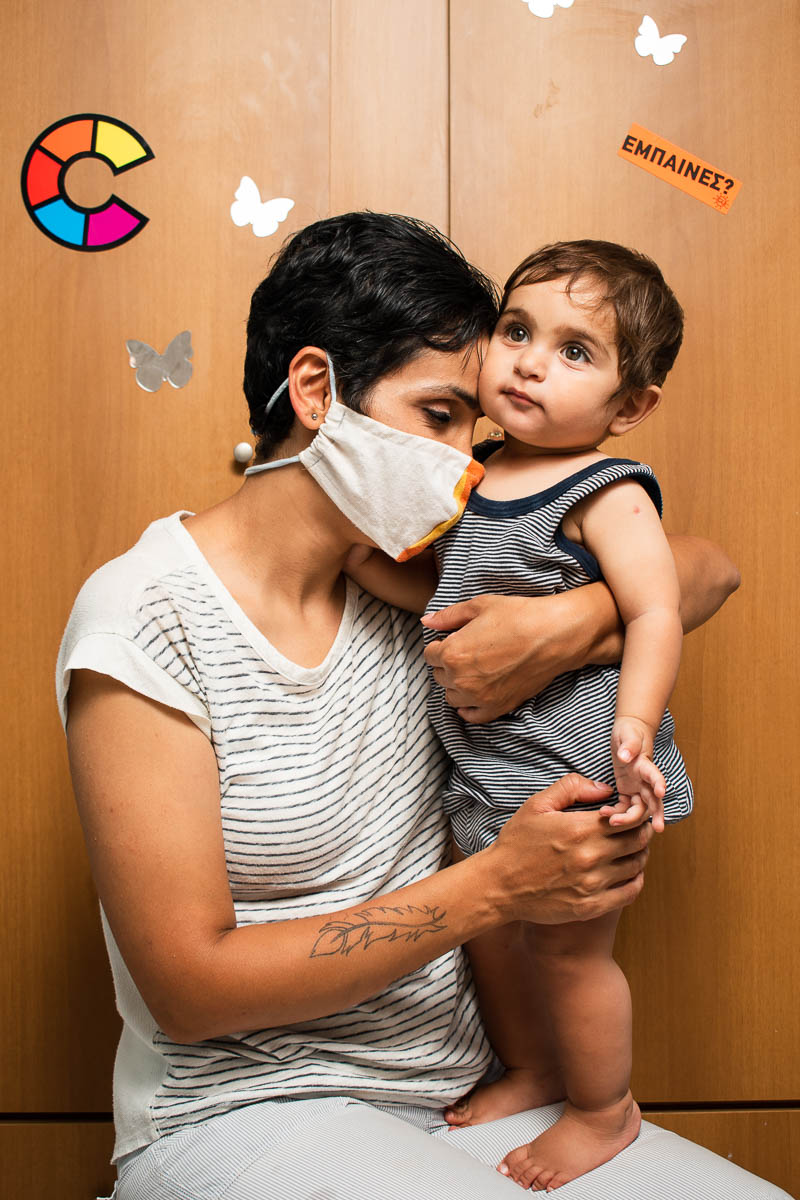 “My dream is to keep studying obstetrics and gynaecology,” says refugee Aram Gholami (pseud, 33). Aram fled to Turkey from her home in Iran after her brother attacked her, breaking her nose and jaw. He did not approve of the man she loved. “He was really against us being together,” she says. While in Turkey, Aram’s brother continued to pursue them, and forced the couple to flee once again. They were smuggled into Greece “with ease,” but: “when I arrived in Europe it was very difficult. I didn’t think that I would be in such a place, particularly Moria [refugee camp] which is like hell.” Life as a refugee gave Aram “feelings of anxiety and sorrow.” She says, “I used to be a happy person but now I hardly laugh and feel quite melancholic.” Now in a “small and good house” in Mytilini, Greece with her husband, she keeps herself busy caring for her son. “I was not very strong,” Aram says. “but because my beloved husband was beside me I was able to overcome [the hardships] and become stronger.”

This translation was provided without the questions that were asked by the interviewer.
Aram Gholami, 33 years old, from Iran.