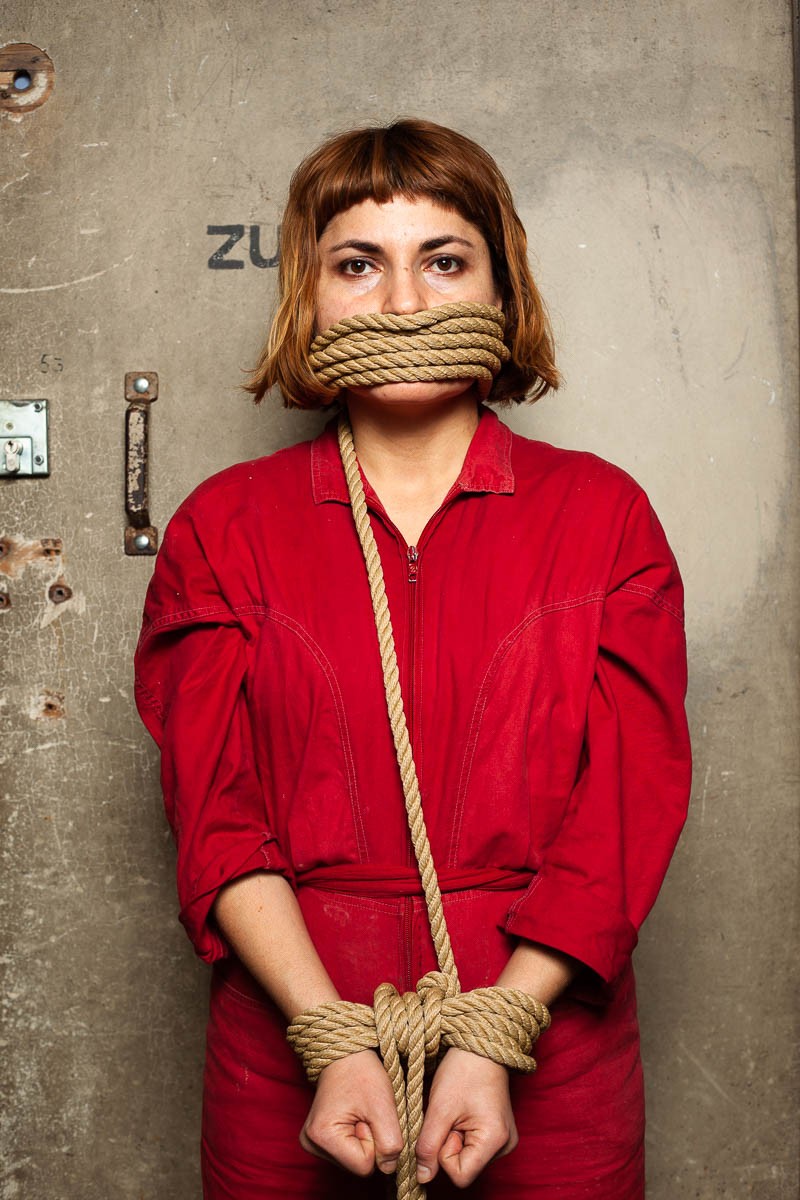 “I left my country because I didn’t want to reproduce the same ideas that were there and which were no good for anyone,” says Niki (pseud, 32), describing why she left Azerbaijan seven years ago to seek a new home in Europe. “It was a very repressive society… And that eventually caused a rift in me, a split that made me think I had to escape.” Now she lives in Hamburg, Germany, in a two-room shared flat with her partner. In Europe, Niki has experienced discrimination and a lack of opportunities in the job market. “The difficulties I experienced often made me feel helpless,” she says. “Often I thought ‘I’ll never make it.’” Those challenges, however, ultimately helped her to grow: “the experiences I’ve had strengthened me, and yes, gave me a springboard for the next steps.” Niki’s personal experiences with inequality have led her to adopt a global perspective. “I want the distribution of resources to be accessible to everyone,” she says. “My hope is that it changes for the better.”

What kind of apartment do you live in?
Um, I live in a shared flat with my partner.

Can you describe what the apartment is like?
It’s a totally normal apartment.  Um…yeah, a two-room apartment.

How do you spend your time?  In general.
Well, I’ve just started working, and, um, I have to put a whole lot of time into it, which is really making me totally unhappy at the moment.

Have you been working for a long time?
No, while I was studying I just did part-time jobs.  And yeah, that wasn’t the same as now.

Was it difficult to find work?
Yes, it was really hard to find a job, even though I’d done a degree here in Hamburg.  But I had so much trouble all along. After so many applications there were no responses. And in the end I decided to work with a temporary employment agency.  And yeah, I think  otherwise I wouldn’t have found a job at all, because it took almost a year.  An intensive search.  And yeah, sometimes I didn’t get any replies, so yeah.

What are the things that bring you joy?  What makes you happy?
What makes me happy? (Being) With people, um, who organize things, who carry out projects that move things and, um, also change some things in society, for the better. Yeah, I’d like to do that.

How has your life been since you arrived in Europe?
Since the beginning, when I came to Europe, well, I remember it was a struggle for really basic, essential things that weren’t at all an issue in privileged society, they were simply there for many.  And yes, from the start I had to fight to get everything for myself, which also took a lot of energy.

And how did you feel about these difficulties?
Well, the difficulties I experienced often made me feel helpless. Often I thought I’ll never make it.  Yeah, those weren’t pleasant experiences.

And what’s good about that?  What is the positive side?
The positive side, which largely I could already imagine theoretically, but it also turned out to be true, was how many problems you can have when you are in a place where you have no rights and yes, at one time or another I had to experience everything and see everything.

And this not having rights–discrimination–can you describe the feeling?  How did you feel?
The feelings I had about discrimination–they sometimes got in my way.  But, I mean, thanks to the people who understood me or saw things more clearly, that gave me strength to continue living.

And how did you manage to carry on living, surviving, overcoming?
I think alone it would have been really difficult.  And as I said, with the help of the people from different projects and so on…

Do you think you’ve developed a mechanism because of these difficulties here?  A strength, an ability, a mechanism, a strategy you developed?
Uh, I don’t know if I should call it a strategy, but, um, (break)..  I, I felt the need to carry on and just continue despite this unfairness and not just toward me personally, but also toward others.  So that was a problem, an intention or motivation for me not, um, not to stop.

How do you feel about not being with your family?  Not being at home?
Um, the fact my family, my parents, aren’t with me doesn’t matter so much to me.  (Pause) Yeah.  It’s okay.

How did COVID-19, Corona, affect your daily life, like your mood?  Your emotional well-being?
COVID-19, I mean in the pandemic period, the hardest part for me were financial difficulties.  And  to have no income at all and not get anything from the state either.  Again, friends helped out.  Otherwise, (pause) otherwise the lack of social life of course had a negative impact on me.

The next questions are about your past.  I’ll just shoot… Why did you leave your country?
I left my country because I didn’t want to reproduce the same ideas that were there and which were no good for anyone, and therefore did not benefit them.  It was a very repressive society and in the society where I grew up there were people who had power and privilege and people who had nothing at all and could not do anything about it.  And that eventually caused a rift in me, uh, a split that made me think I had to escape.

And how did you feel?  Can you describe your feelings?
Hmm.. It was very…hmm. In any case it was good.  But I can’t describe it exactly right now.

Do you often think about that?  Or is there anything about it you think about?
Yes. I, um, I do think about it because it affected my whole life, and they’re still there.

So, you said that what you faced affects you.  What do you think about that?  How did it affect you?
So, the past?

Mm hmm.
Mm. Yeah, I just wanted to change things for myself.  And hoped I would be able to.

Do you think this experience affects you strongly, uh, made you stronger?
Yes, definitely.  That is, the, uh, the experiences I’ve had strengthened me. And… (Pause) Yes, gave me a springboard for the next steps.

That is, did you have a mechanism for these difficulties? You said generally it was difficult for you to be in this society and so on, but there you were already.  And now here you are.  And what’s your thinking? Did you have some survival strategy that got you where you are now?
Uh huh.

How did you do that?
Yeah. So back then my strategy was, um, since I couldn’t do very much because of a lot of restrictions or even societal pressure in general, I always had to keep my distance and had to stay on the sidelines, and that was definitely not good.  That’s also what affected my relationships with everyone–at school, at university, and my friends.  So it was like that.

Before, um, before you left, did you have a dream or dreams?
Um. Before I left did I have dreams?  Uh, I can’t really say that, because, well, um, I just wanted to…you know… um, just change basic stuff.  So, yeah.  So they weren’t on the top of my mind.

Okay, thank you.  So, now the final questions.  First of all, what would you say are your strengths?  Describe them.
Mm hmm.

So positive things came out of it, out of your experiences?
Yes.

Right? And do you have dreams for the future now?  Do you have a goal?
Mm hmm. So, um, thinking globally, I want the distribution of resources or resources to be accessible to everyone and the people who have extra or remain untouched by problems thanks to authorities or administrations, that, yes, that makes everything very unfair in the world and my hope is that it changes for the better.

Thank you for answering the questions.  And the very last question: is there something you want to say?  To people in Europe, to help them better understand the lives of people who come from migrant backgrounds?
The lives…

Of  people…
Of the people with a migrant background.

Mm hmm.
Yes, they just need to be open with people, communicate, and just break down the walls and, yes, just understand that not all have the same privileges that they have.