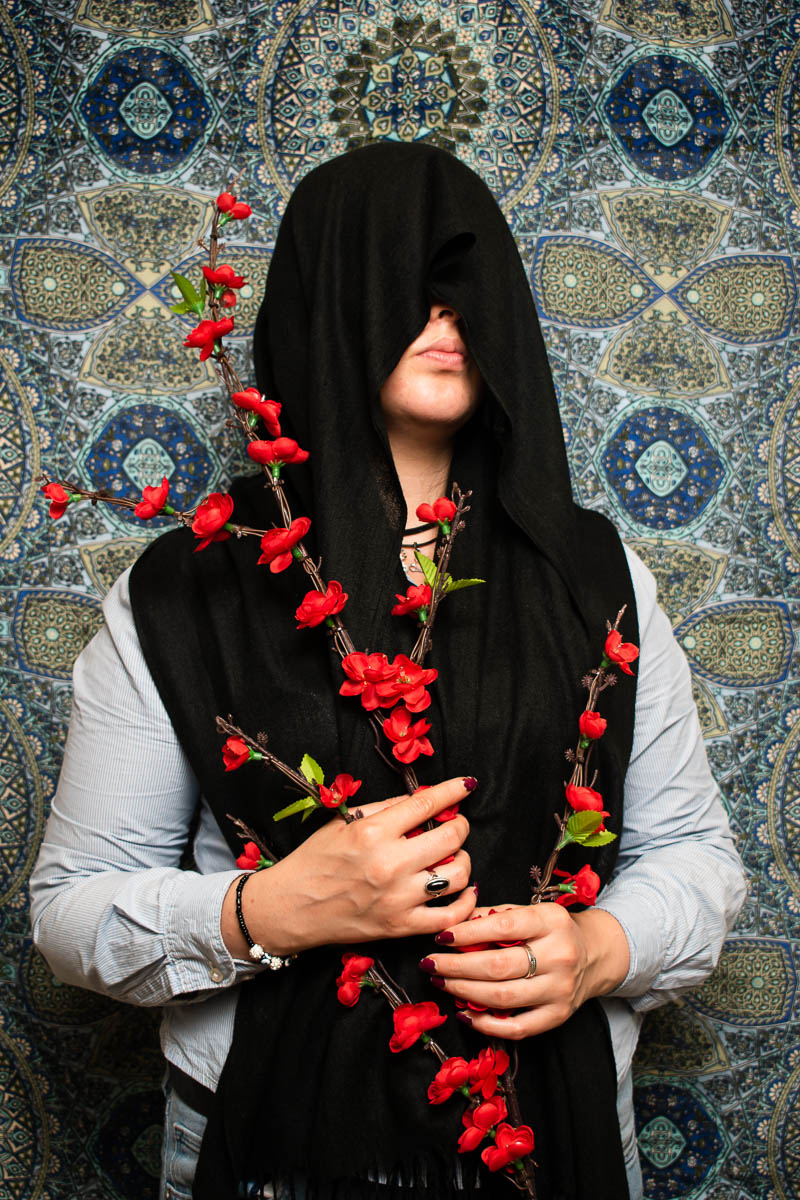 “My dreams are to have documents and to be able to study and progress,” says asylum seeker Samira (pseud, 25). An Afghan national who was born and raised in Iran, she fled her home after filing for divorce from a violent husband. When she did, he took away her child. “The first three years after my daughter was separated from me, I was severely traumatized,” she remembers. She even considered suicide. “In the beginning it was very difficult for me to control this situation, almost impossible.” As a single woman, she says, the journey to Europe was terrifying. She ran away from human traffickers three times for fear of being raped. “I feel very bad and nervous by remembering that time,” she explains. Now living in Greece, she tries to stay focused: “Only thinking about the future and my dreams could help me to control this situation.” Her biggest hope is still to be reunited with her daughter. “I want to bring my daughter to me very soon to build a good life and a good future for her.”

My name is Samira. I am 25 years old and live in Athens. I came to Greece almost two years ago and used to live in Mória Refugee Camp for one and a half years. Now I am living in a house owned by Praxis Inc. Its conditions are much better than Moria refugee camp. But living in a small house with 5 other people, each from a different culture, is difficult. Bathroom, toilet, and kitchen are shared and sometimes there are confrontations. In short, the situation is hard. I spend most of my time at home busying myself with my phone, playing games or watching movies, that’s all. I do not have any particular hobby, maybe to go out occasionally but I have more fun with my phone.

From the day I set foot in Europe, I felt I have taken the first step, but I feel more like falling behind in life and have no good feelings about it at all. Here, we receive no treatment and I have too many problems. I am sick but the supervisor does not make an appointment for me to visit a doctor and does not help me at all. Leaving my family and my little girl was very difficult for me. I miss them too much, I really miss them but have to tolerate this loneliness and memories.

I never thought I could one day live without my family and my daughter. In the beginning it was very difficult for me to control this situation, almost impossible. I doubted everything but over time got used to it and found that I had to deal with my problems alone because of my daughter and my family.

Initially, when I started my trip moving from Iran, I was very scared. For three nights we were in the mountains between Iran and Turkey. I was a single woman and could not sleep even for a moment for fear that someone would abuse or harass me. I got close to a family that was on this journey with us. I was even close to having a hysteric attack once due to fear. It was a very difficult path and no matter how difficult it was, we reached Turkey. I had to stay in Turkey for a few months, which was very, very hard for me.

When I was on the way to Greece, I escaped from the human smuggler three times because once they knew I was a single woman, they tried to separate me from the others for some reason. I got lost in the forest once and for fear of being raped by human smugglers, I turned myself over to the police. It took me a long time to find a reliable person and take on this trip. My fear of drowning, I can’t say anything about.

After two years, I still cannot forget the path I took. I sit down for a while and think that it was possible for me to get shot by the Iranian police on the way to the Iranian-Turkish border or fall into the hands of the PKK. It was possible to be drowned while crossing the sea in an inflatable boat with 40 other people and never reach the land. Nobody cared about our location and what might happen to us.

I even witnessed the self-immolation of one of my friends in front of my eyes when we arrived in Greece with the bad conditions of Moria refugee camp. It was very horrible, horrible. There were also a lot of girls who committed suicide inside Moria camp because of the bad conditions and bad experiences and lack of caring for them, many of them were raped. The conditions are terrible in Moria camp, especially for single women who have no support.

Covid-19 had a very bad effect on our life, it made me more depressed and isolated than before. It took away from me the little fun I had. I was afraid of getting sick where I have no one to take care of me. If something happened to me, what would happen to my daughter? These thoughts bothered me a lot.

The reason I had to leave the house was because of problems with my husband. I was born in Iran and grew up there and married an Iranian man; the result of this marriage is a 7-year-old girl. My husband was addicted to drugs and used to beat me up under various pretexts and lies, he was skeptical. I did not know about his addiction until I got pregnant. Several times I found psychedelic substances and pills in his pocket and by telling this, I was beaten and he said they are not his. So I had to be silent. Until I realized he is consuming methamphetamine. When my daughter was born, I could not tolerate any more the fear for my daughter’s life. So, I filed for divorce. Earlier, when I filed for divorce, he took my 3-month-old daughter away from me and would not let me see her until she was a year and a half old. The court then heard my divorce case, and we were officially separated.

I have not been allowed to see my daughter, yet he was constantly harassing and threatening me. My efforts were ineffective because he was Iranian, and I am Afghan. I could not go to Afghanistan either because in that country I have no one, I have never been there before and have no security, therefore I had to immigrate here.

I am a mother; it is not possible to separate a child from his/her mother and not feel anything. The first 3 years after my daughter was separated from me, I was severely traumatized. I was very depressed, and I did not leave the house, I did not eat or talk to anyone. I even thought about suicide a few times, but I did not do it because of my daughter and my mother. I was angry with everyone, even myself; it took me 3 years to cope with this.

My trip to Europe was very hard for me, it is a hard and terrible path for a single woman. The hardest part of this journey was being away from my family and my daughter. I did not have a country to return to and I had to leave the country where I was born and raised because I am an Afghan.

Often, while sleeping and being alone I think a lot about what happened to me. I feel very bad and nervous by remembering that time. I would like something to happen in my life to forget all those events because everything I made was ruined by others. These events had a great impact on my nerves and emotions. I miss my daughter when seeing a mother with her daughter, because my child is thousands of kilometers away from me and my parents are far away from me too. I never imagined that one day I could make progress or do something without my family, without my mother. Moving to Europe was good and made me decide for myself how to live independently. Only thinking about the future and my dreams could help me to control this situation.

Before starting this journey, I used to consider myself as a very weak person, and I did not have any strength. This journey and its hardships made me stronger and I became independent. Its advantages are to control myself and stand on my own two feet. My dreams are to have documents and to be able to study and progress, something I could not do before. I want to bring my daughter to me very soon to build a good life and a good future for her.